The promoters of Innova Italy Partners, who have been working cohesively since 2015, boast a multi-year managerial and entrepreneurial history of success and possess a unique mix of complementary skills in business management, extraordinary finance, private equity and corporate governance.

An extensive network of relationships, also at an international level, allows a significant capacity for proprietary origination. 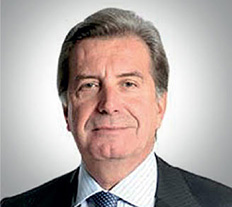 From 2016 he was a promoter and President of Innova Italy 1 S.p.A. that merged with Fine Foods & Pharmaceuticals of which he is now a board member.

From 2014 he is Senior Advisor of the investment fund MIRA (Macquarie Infrastructure and Real Assets), Europe Ltd.

He was Chief Executive Officer and General Manager of Enel from 2005 to 2014.

He joined Enel in 1999 as Chief Financial Officer and led the most important financial transactions of the Group in the recent years, such as the IPO of Enel, Terna and Enel Green Power, and Enel 2 and Enel 3 Global Offerings. As CEO he led Enel’s international expansion. He finalized the successful takeovers of Endesa SA,  of the genco OGK-5 and of Slovenské elektráne. He also finalized the formation and further listing of Enel Green Power.He held the position of President of Eurelectric in the years 2011 - 2013.
He has broad international experience having worked in several industries for major international companies in Belgium, United Kingdom and USA.

A graduate of La Sapienza University of Rome with a degree in Economics. 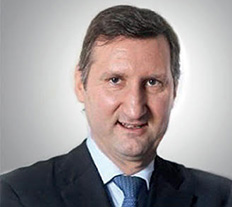 Paolo Ferrario is CEO of Innova Investments, of Innova Club1 S.pA. and Chairman of Burke&Burke S.p.A.

From 2016 to 2018 he was a founder and the Chief Executive Officer of Innova Italy 1 S.p.A. that merged in October 2018 with Fine Foods & Pharmaceuticals, of which he is now a board member.

Paolo started his career in 1994 working in the Planning and Control office of Asea Brown Boveri SACE S.p.A. In 1996, after military service for the Italian army aviation, he worked for Radici Group, in the subsidiary Eutron S.p.A., as responsible for the operations and CEO assistant, and, afterwards, as assistant to the Group CFO.

Between 1998 and 2006 he worked as management consultant for different international strategy consulting firms, following projects in Europe and United States of operational improvement, reorganization and corporate performance management in the aerospace, telecommunications and financial services industries.

Afterwards, in 2007, he joined Hewlett Packard Company as Emea Director for the Finance Business Process Outsourcing Services division and, in this position, he originated and managed international projects for Nestlé and Procter & Gamble.

From 2009, after an experience of management of industrial participations for a primary family office, he worked as a Director for the Swiss private equity firm Capital Dynamics.

In 2012 he joined as a Partner the infrastructure fund Real Asset Energy III, promoted by Solar Investment Group NV. 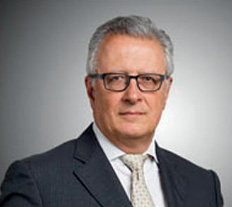 Marco Costaguta is founder and President of Long Term Partners since June 2012.

He is member of the board of  ERG, S.Quirico, Officine Maccaferri, OTB, Goglio, Rimorchiatori Riuniti and Antares Vision.

From 2016 he we a promoter and Director of Innova Italy 1 S.p.A. who merged with Fine Foods & Pharmaceuticals, of which is now a board member.

He serves as a Member of Europe Advisory Council at Trilantic Capital Management LLC.

Marco has more than 25 years' experience in strategic consulting. From 1997 to 2000, he was a Member of the Management Board at Bain & Company Worldwide and served as Chief Executive Officer of the Italian office. He led strategic, operations and organization projects in FMCG, Retailing, Process Industries, Information Technology, Publishing and Private Equity.

From 1985 to 1988, he served as an Engagement Manager at McKinsey & Company, dealing with strategic programs and operations for Italian companies and multinationals.

From 1984 to 1985, he was responsible SQC for the production process of biomedical equipment at Hewlett-Packard Andover. 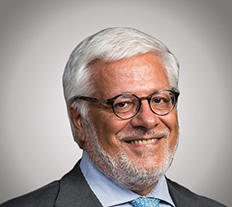 Francesco Gianni is the head of the Corporate/M&A department and one of the founding partners of Gianni, Origoni, Grippo, Cappelli & Partners.

He is Chairman of Caltagirone Editore and member of the board of Cassa di Risparmio di Ravenna, Vitrociset, Maggioli and Valvitalia.

From 2016 he we a promoter and Director of Innova Italy 1 S.p.A. who merged with Fine Foods & Pharmaceuticals.

Francesco is considered one of the top experts in M&A in Italy, as well as the rest of Europe. His focus is on corporate finance transactions, particularly general public M&A and public to private M&A. He also has extensive experience in the arbitration field.
He won the “Outstanding Contribution Award” at the Chambers Europe Awards.
Due to his position at the pinnacle of the M&A field he is frequently asked to represent some of the largest companies and investment banks in Europe. He was involved in almost all of the major privatization processes of the Italian state-owned companies.
After graduating in Law “maxima cum laude” from the University “La Sapienza” of Rome, he obtained an LL.M from the University of London, King’s College and an LL.M from the University of Michigan Law School.